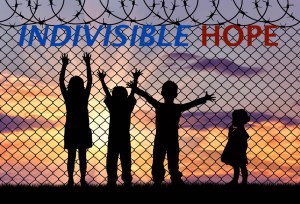 When:  September 12, 2019, from 7:00 – 8:30 pm
Where: Peter Becker Community, 815 Maplewood Drive, Harleysville, PA 19438
Immigration remains one of the most hotly contested but least understood topics in the 2020 election. Join us on September 12 for an exciting evening discussing America’s current immigration policies and learning from experts:
• Prof. Rebecca Evans, Politics and International Relations Professor at Ursinus College with a focus on Latin American Politics
• Laurelyn Foderaro, Section Chief with the Refugee Affairs Division of The United States Citizenship and Immigration Service Agency (USCIS)
NOTE: she will not represent the US Government at this function.
• Cathryn Miller-Wilson, Esq., Executive Director, HIAS Pennsylvania
Moderator: Josh Camson
The Trump administration has made sweeping changes to the way America handles both legal and illegal immigration: asylum seekers caught crossing illegally must wait across the border in Mexico for adjudication; border officials have decreased the number of asylum cases they process each day, a strategy called “metering”; claims of domestic and gang violence would no longer qualify as grounds for asylum in the US, and most controversially thousands of migrant children have been separated from their parents at the border as a part of a “zero tolerance policy.”
In the meantime, migrants continue to die en route to the border and while in CBP custody.